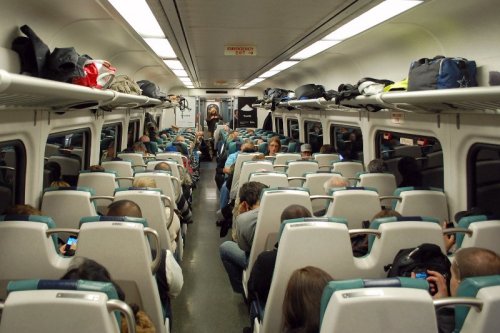 Positive Train Control installation has finally begun on the M-7 fleet at theHillside Car-shop. This early stage work will consist of cable, antenna and sensor installation with the bulk of the work to follow shortly. Electricians from Department 22 first and second shifts will be utilized to do this work. Let your Union Rep know if this type of work interest you. As of this date Richmond Hill is not yet ready to begin the process on any its Locomotives or Cab Cars.

I am happy to see that numerous open electricians in the M of E Department were able to ascertain roster numbers on January's award sheet. Congratulations to all of you! I would like to remind everyone that cross bidding jobs in order to create overtime is not in the spirit of the "Brotherhood" and should be refrained from. We have also just learned that two classes of new M of E electricians will be receiving additional training past the customary six months as a result of West Side Shop's delayed opening. We have reached out to the Department and are waiting for details.

The M of W Department has hired 9 new electricians who will start on February 17, 2016. We are expecting more new hires as the system continues to grow exponentially.

A meeting was held in Labor Relations last week appealing the Engineering Department's denial of our Atlantic Ave. tunnel work grievance. We expect them to uphold the Department's decision at which time we will begin the arbitration process.

To avoid possible problems, anyone who is missing work because of an on the job injury, needs to notify supervision as soon as practicable.

Contract negotiations will begin in approximately 5 months (is it here already?). I will be attaching a survey banner to future emails which will enable members to let us know what issues are important to them. This will give us a general consensus of opinions and help us represent your interest better.