To All Maintenance of Way Electrician 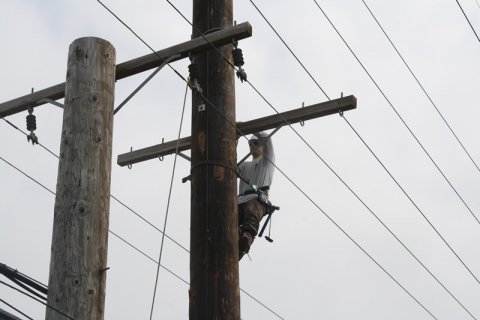 Normally I would not be so blunt with my membership, but today is not a normal day. Last week we lost a coworker in a tragic accident. The Railroad continues to run on time, we continue to move on with our lives, but for the families of those lost or seriously hurt; they live with that new reality every day for the rest of their lives. The Railroad would have you believe that “Safety Is Job One”, they would have you believe that they place safety above all else, and hold all managers, supervisors, and employees accountable to ensure we practice safety all the time.  That is a “LIE”. Safety is only as important as the next job, or the next train. It takes a back seat in the Maintenance of Way department, to incompetent Supervision who would rather punish employees who report safety concerns, then correct the problem.

Last week, two employees reported on the condition of the department’s power system. The Union, forwarded the information to the department for two reasons. The first, and most obvious, was to have the issues addressed or at least acknowledged. The second was for our records (Over the years to many employees have been injured on Railroad property by safety concerns that were reported and never addressed).  I received an e-mail response from J. Conway, who was more concerned with why this was being reported, then by the actual information. That was one week ago.

This will not change our position. We will continue to collect safety concerns and forward them to the department.  We will also file a complaint under the “Whistleblower Act” and report our Safety related concerns to agencies outside of the LIRR.

The position of the department is clear when it comes to reporting unsafe conditions. “Safety” is job one, but it is not the Departments first concern, I encourage you all to make it your FIRST priority. In closing, I want to remind you all to report any safety concern to your local Union representative, or send it electronically to our email, were it will be documented and forwarded to the department for your protection.