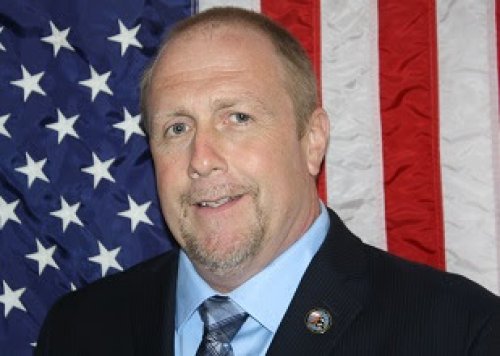 On behalf of your elected officers I would like to wish all of you a very Merry Christmas and a Joyful Holiday Season!

Another year is winding down with the new year quickly approaching. It has been a hectic year with the MTA, LIRR, JFK Airtrain and Newark Liberty Airtrain keeping us busy.

On the Long Island Rail Road we have had a year filled with victories and positive moves forward. We now enjoy single vacation days, personal days in conjunction with vacation and the day after Thanksgiving.

We have won several major arbitrations including the work on the Speonk to Montauk Signalization project valued at over $200,000. This victory not only got our High Tension Lineman paid for the work they lost, it also guarantees phase two work on the project will be performed by our members.

Another major arbitration win resulted in over turning a wrongful termination. Sub Station Electrician Ken Nittoly was terminated over 2 years ago and is now back at work with full back pay! 2015 has brought us brought us much success in the claims department as well. A huge claim was paid recently for work done by an outside contractor at West Side Yard. We have been successful with numerous smaller claims as well.

The new Car Mover Training Agreement not only gets Car Movers paid to train, it eliminated problems and contract violations during the training process and has made Car Movers the highest paid Electricians in the M of E Department.

2015 has not been without its share of challenges. Disciplines have been a major problem in the Maintenance of Equipment Department. The Department has been over zealous enforcing policy in numerous cases and has kept us busy. Most recently a 20 day suspension of one of are members was lifted after we appealed the Department's decision to Labor Relations. Even bigger news is that the termination of Jorge Pincay has been overturned! Jorge will be back at work before the holidays! Merry Christmas Jorge! Congratulations and welcome back! We will continue to fight as the steady flow of disciplines continue.

LIRR: The LIRR continues to hire Electricians in the M of E Department in record numbers. They have been hired in anticipation of the installation of Positive Train Control, the opening of West Side shop and the purchasing of the new M-9 fleet. Unfortunately all of these projects are behind schedule resulting in the inability of new hires to acquire roster numbers in a timely fashion. We have made numerous inquiries to the Department. They have not given us any answers regarding what they plan to do with the extra manpower for time being. As of date every budgeted job is occupied by an electrician, which in itself is historic. There had always been more budgeted jobs than electricians, that no longer is the case. Exacerbating the problem are the three classes yet to graduate. As these classes graduate (one is graduating this month) there will be additional strain put onto an already strained and saturated Department. Unfortunately the Collective Bargaining Agreement does not provide us with the ability to compel the Department to add budgeted jobs or tell them how to manage. However we will continue to voice our concerns to management, hold them accountable and offer viable solutions to the problem.

JFK Airtrain: In 2015 our Brothers and Sisters in JFK Airtrain ratified a new contract after nearly striking. Along with Bargaining Committee Members from the site, we were able to negotiate a 7.5% wage increase and some key languages changes to the Collective Bargaining Agreement. Changes to Floater Day Allotments, Work Scheduling, Bereavement Leave, Sick Leave, Vacation changes, compensation for short notice work and Safety Shoe Allowance are just some of the positive changes.

Vinny D'Agistino has been appointed Site Representative and been handling much of our Local's work at JFK Airtrain. This was done as a result of the lack of interest among our JFK Airtrain members to get involved. Despite our numerous pleas for help, George Cintron continues to handle much of the daily work at the site by himself. Our member's futures will continue to hang in the balance, if no one is willing to help and prevent management from violating the contract in real-time, as it happens. Until such time your leadership will continue to be forced to attempt to correct any wrong doing after the fact. This reactive approach is the wrong way of doing business and puts us at a disadvantage. Please take the time to know your contract, calmly speak to your supervisor if you believe they are violating it and alert us immediately. WE NEED YOUR HELP! Together we can make a better union.

Newark Airtrain: We recently held a Newark Airtrain Members Meeting with great success. Because of the positive feed back and turnout we will begin holding them regularly. Hope to see you at the next one in January! (Date and time to be announced)

Guideway safety has remained at the forefront for our Newark Airtrain members in 2015. Despite being fined by OSHA after one of our members was seriously injured, we have learned that supervision continues to send our members out onto the guideway without assigning a specific person as a safety spotter. We have alerted management at the site to the practice and have requested the finalized Guideway Access SOP. We will be contacting upper management at Bombardier Headquarters in Pittsburgh to advise them of how the matter is be being mishandled by site management.The implications are far-reaching and severe.

The training and promotion process continues to have its issues as well. While we have made some strides in the area, there is more work to be done. GET THOSE TRAINING REQUEST FORMS IN!

The new Site Manager at Newark has determined that years of past practice and contract interpretation between the Company and our Organization does not exist in his world. He has posted misleading memos, has held an inappropriate employee meetings and has posted shift bids which violate the contract. A grievance has been filed regarding the shift bids. How anyone who claims that they care about their employees in one breath and in the next changes their shifts without proper notice astonishes me. The total disregard for how his actions adversely effect the lives of the employees and their families demonstrates the total contempt he has for working men and women. Doing this during the holiday season only magnifies his malice. YOU'RE A MEAN ONE MR. GRINCH (Inac)!

2016 will bring its own challenges to all of us. I know that you are all up to it!

Hope to see you at Monday's Meeting/Party!

Have a Merry Christmas, a Joyous Holiday Season and a very Happy New Year!